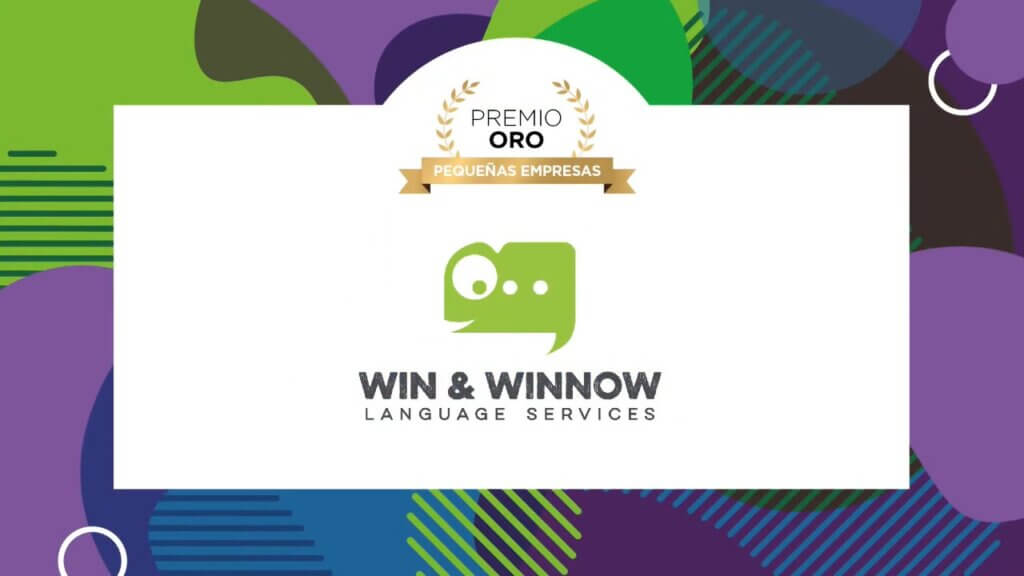 In a virtual ceremony, the Win-Win program announced the 17 winning companies of the WEPs Award Argentina 2021, including Win & Winnow Language Services, and recognized the 29 finalists of the award’s second edition.

The «Win-Win: Gender Equality means Good Business» Program, implemented by UN Women, the International Labour Organization (ILO), and the European Union – the main funder through its Partnership Instrument – announced the winning companies of the second edition of the WEPs Argentina “Empresas por ellas” (Companies by women) Award in a virtual ceremony in which companies, the public sector, businesswomen, entrepreneurs, and the general public participated.

It was hosted by Verónica Baracat, Country Program Coordinator of UN Women Argentina, and Lucas Utrera, Sustainability Director at SMS Latin America, and it was attended by Aude Maio-Coliche, Ambassador of the European Union to Argentina; Teresa Pérez del Castillo, regional coordinator of the Win-Win program at UN Women, and the members of the jury, who participated in the awards ceremony: Cecilia Alemany, Deputy Regional Director and Representative of UN Women Argentina; Monique Altschul, President of Women in Equality; Yukiko Arai, ILO Director in Argentina; Ana Franchi, President of CONICET; Viktoria Lövenberg, Head of the Economic and Trade Section of the Delegation of the European Union in Argentina; Flavio Fuertes, Coordinator of the United Nations Global Compacbusinesst in Argentina; and Ricardo Pahlen Acuña, Dean of the Faculty of Economic Sciences of the National University of Buenos Aires.

In a virtual ceremony, the Win-Win program announced the 17 awarded companies — among them was Win & Winnow Language Services — and recognized the 29 finalists of the second edition of the award. Yukiko Arai, ILO Director in Argentina, presented the award in the small business category.

«Small businesses are engines of job creation. In Latin America, it is estimated that they generate 47% of employment for 127 million people. We hope that the practices of the award-winning companies will inspire SMEs in the Americas to generate more and better decent work,» said Arai.

Cecilia Calónico, Founder and General Manager of Win & Winnow Language Services, emphasized her gratitude for receiving this award for the second consecutive year. «We have always been working on gender equality and we have formalized it with the accession to the WEPs. This recognition encourages us to continue to drive this path,» said Calónico.

Win & Winnow Language Services is certified as a Women-Owned Business by Women’s Business Enterprise National Council (WBENC) and WEConnect International. Women’s economic empowerment both personally and professionally is among the goals of Win & Winnow Language Services. Investing in women’s economic empowerment is an opportunity to promote the sustainable development of local communities and generate long-term social and economic benefits for all people and their communities.

Some of the axes of the action plan towards gender equality guided by the Women’s Empowerment Principles were:

* Communication free of stereotypes.  Win & Winnow developed a communication plan that contemplates the representation of different axes of diversity — such as gender, age, racial or ethnic origin, sexual orientation, health — as well as educational content on the Women’s Empowerment Principles.

* Inclusive workplace. The campaign  «What does an inclusive workplace mean to you?» seeks to highlight the actions implemented by Win & Winnow to be an inclusive and diverse workplace, arising from the  Declaration on Commitment to Gender Equality, Diversity Integration, and Women Empowerment. This includes career development, remote work opportunities, work-life balance, promotion of diversity and inclusion, positive impact on society and the planet.

* Supplier diversity. Win & Winnow takes proactive steps in acquisitions to expand relationships with other Women-Owned Businesses. We recur to directories of certifying organizations to identify Women-Owned Businesses and other companies that promote a triple positive impact. We participate in trade fairs that promote the exchange between women entrepreneurs and sustainable companies.

* Support for caregivers.  We implemented Maternity/Paternity soft landing Leave, with a part-time return for the first year. The licenses are extended to non-pregnant persons, secondary caregivers, single-parent families, adoptive parents, and also to grant more days for existing leave.

About the WEPs Award

The WEPs Argentina 2019 “Empresas por ellas” (Companies by Women) Award aims to encourage, value, and recognize the efforts of companies that promote the gender equality culture and the empowerment of women in Argentina, having as its guiding the Women Empowerment Principles (WEPs), launched in 2010 by the United Nations Global Compact and UN Women.

As for the award methodology, between December 2020 and March of the current year, 60 companies (12 small, 7 medium, and 41 large) voluntarily submitted and completed an online self-diagnosis and made available evidence that supports their commitment to the 7 Women’s Empowerment Principles. From these results, a cut-off line was arranged for the 29 small, medium and large companies that obtained the highest scores in each category. In April 2021, the 29 finalists opened the doors of their companies to receive a technical audit by gender specialists and companies to validate all the information provided by the company at the time of registration. In the next phase of the prize, the jury selected the winners.

Created in partnership between the United Nations Entity for Gender Equality and the Empowerment of Women (UN Women), the International Labour Organization (ILO) and funded by the European Union (EU) through its Partnership Instrument, the «Win-Win: Gender Equality Means Good Business» Program promotes gender equality through the private sector to increase economic empowerment and leadership of women for sustainable, inclusive and equitable growth. 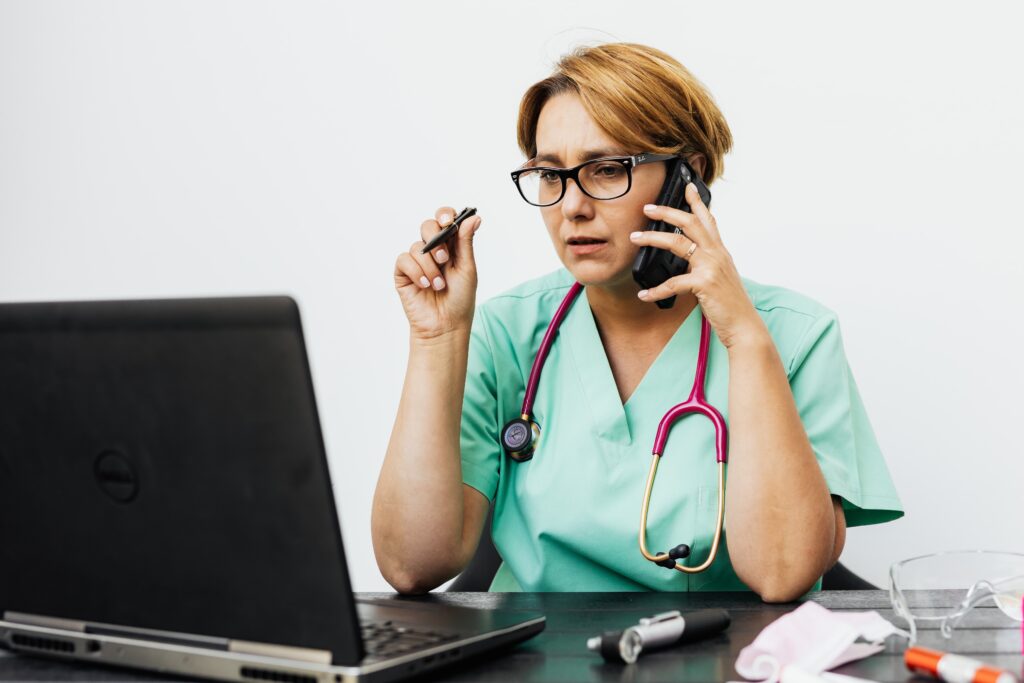 Open Enrollment is an annual period when United States citizens can sign up for new health insurance, modify their current plan, or cancel it altogether. 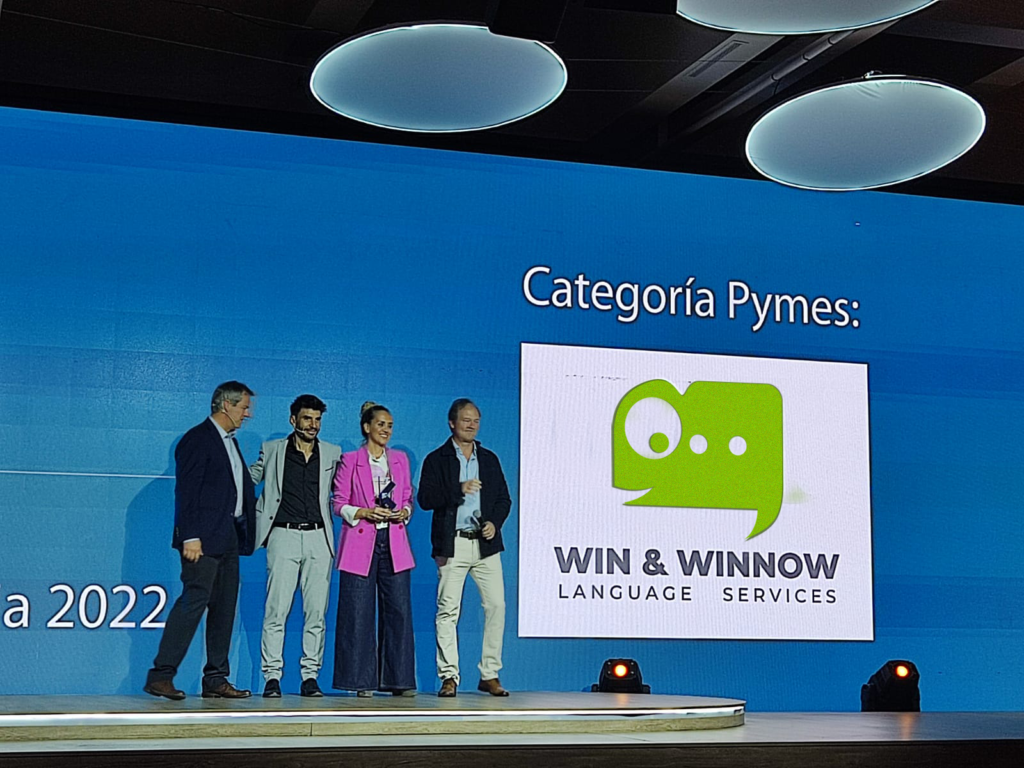 Buenos Aires – October 17, 2022 – Win & Winnow Language Services received the IDEA Award for Institutional Excellence in the “SMEs” category, during the